The novel coronavirus has millions of people staying at home and practicing social distancing. The halt the novel virus has put to outdoor games has increased the number of online game players. Video games like Resident Evil, Animal Crossing: New Horizon and various versions of ‘The Sims’ has us all addicted to online games for kids. But as digital tech is changing everything in its way, classic online board games have reached new heights of advancement. We can now enjoy classic board games online.

Thanks to a sudden boom in classic online board game hobbyists, all virtual board games are accessible with one click.

Many people are searching for ways to divert their minds from the pandemic and the destruction it has brought. To avoid going out unnecessarily, we have compiled a list of the best classic board games online.

Why go out, risk your life, and invest in a board game when you can play all the classic board games online, with your friends and family.

The games we have compiled range from newer games like Codenames and Ticket to Ride to classic board games like Clue and Monopoly.

So, let’s dig into some of the best classic online games for kids board games of the pandemic era: 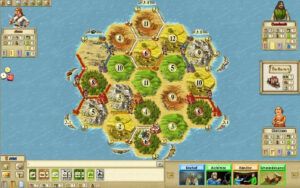 This online games for kids board game pits players to play against each other and enter the race where they have to settle on the island first, with limited resources.

Users accumulate victory points by building cities and settlements, trading with other players, thwarting, and acquiring limited resources to stay in the game.

The first player to reach 10 points wins the game and takes the throne.

Catan Universe usually offers multi-player games (maximum 3 players at a time) but due to the high demand for the Catan base game, it is temporarily unavailable.

However, players who pay can still participate as multi-players. The free version of the settlers of Catan offers free introductory matches of 2-player card game adaption, ‘The arrival of Catan’, and ‘The Duel’.

Upon signing up, the players get a gold bonus of 100 points and 2 scrolls to unlock new game features or two unlock game packs such as the Rivals of the Catan.

While the free version of the game has limited features, you need to invest $3.99 plus 100 gold points to unlock all the Catan game levels. In addition to that, in-game purchases are separate and require more gold points.

You can download the Settlers of Catan through Steam, Google Play, web browser, and App store. 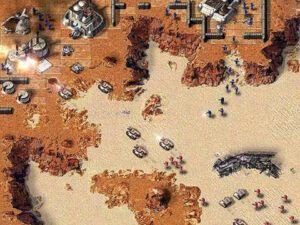 Dune, one of the best board games of 2019, according to Smithsonian magazine is a fiction novel-based (dating back to 1965) classic online board game.

In this virtual board game, the players lead religious orders, noble families, and guilds to establish their reign and dominance on the planet of Dune. As the Dune logo says, this game revolves around betrayal, conquest, and diplomacy.

This game was originally released some decades ago, in 1970, for players to understand the horizons of religion, technology, and politics. However, it did not go viral among people and went out of production soon after. Now, after 4 decades, people have finally started loving this online games for kids board game.

To play the game, you would have to download the Tabletop simulator, an online sandbox allowing players to build their 3-dimensional models of the board games they want to play. Reviews say that this game is real-life equivalent as players throw digital game pieces, pick them up, shake, rotate and even flip the table when they lose the game.

The basic version of the online sandbox, Tabletop Simulator is available on steam for a price of $19.99. Pretty expensive for some users but it includes 15 classic online board games including poker, backgammon, and chess. The versatility of the online sandbox is huge and depends on the user to user content.

The fan-made addition as well as the free-mod version is available via Steam. (Tabletop simulator). 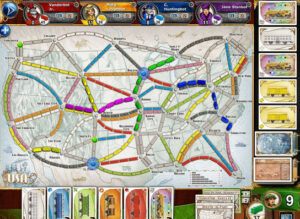 Instead of taking an actual ride to the world by train, consider playing Ticket to Ride. You can play it on 5 different platforms. The layout of this classic board game online is much similar to its physical edition. It pits the players to have a cross-country train adventure where they have to collect card games or so we must say, train cards to claim connecting railway routes and exploring cities throughout North America.

There are 3 game-play options available on Ticket to Ride: an online session with random players from the game community, a full-fledged game with your friends who also have the game, and a one-player base game against 4 artificial players.

To win the game and move ahead, you need maps of Germany, France, the United Kingdom, Pennsylvania, India, and Switzerland. However, they are only available in the purchased game.

While this game is free on the web browser, you’d have to pay $6.99 to $9.99 for the game app. You can play it on Steam, web browser, and download the app through the Apple store and Google play. 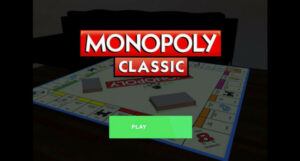 Monopoly, the classic and the most realistic real estate game ever in the history of board games. It is a board game where players trade, buy and maintain the real estate of Atlantic city in hopes to avoid bankruptcy via competition with other players.

While Monopoly is free on many websites such as Pogo, you will have to register using a paid account if you want to play with your friends.

Monopoly has its official app as well, available on the App Store and Google Play. Sponsored by Marmalade Game Studio, you can have a seamless gaming experience with offline and online games for kids multiplayer modes, no advertisements, and customizable rules. Moreover, there’s a quick version to shorten the lengthy game run time as well.

The app costs around $3.99 while it’s free on Pogo. If you have a Tabletop Simulator, it is available on Mod as well. 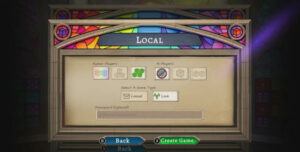 Sagrada, one of the best classic board games online is known for its visuals. Players in this gameplay as artisans. They are assigned various tasks to bring La Sagrada Family’s stained-glass to life. In short, you have to create the most beautiful window in the world.

If you consider playing this game, all you need to care about is identifying the perfect dice for winning. The dices are different by numbers as well as colors. You have to select each for the window panes.

However, cube placement is restricted by various ground rules. You can break the rules but with special tool cards. By keeping your signature artistic flair, you can secure the victory and stand first in the game against your friends and family. 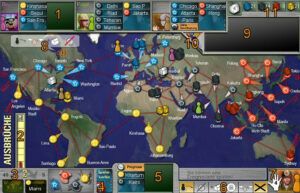 Given the current situation of the world, pandemic seems like the best game to play. This game asks the players to save the world from uncalled diseases. Even if it cannot serve as a way to uplift our hopes, it can serve as a source of entertainment.

Here, five players participate to eliminate a deadly disease. Each player is assigned a special role such as a researcher, a doctor, or an operational analyst. The team comes together, each with its capabilities, and save the dying world from a disease like a coronavirus.

The game plan is to travel between cities amid the pandemic, collect research, and come with a cure for all 4 diseases. If the players come with all 4 cures, they win the game.

Pandemic is a multi-player as well as a single-player game. You can play the game on Steam and download it from the app store, google play, amazon, and Nintendo. 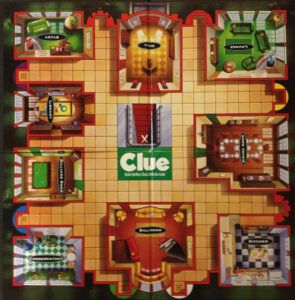 It is a classic mystery party murder game asking the player to find out the real murderer by the weapon, the surroundings, and some clues. The low-tech, free version is still available on ArcadeSpot but free games come with limitations and outdated features.

If you are not looking to find clues for a murder mystery with your friends and family, the free single-player game option on ArcadeSpot will do the trick. Otherwise, you’d have to buy for $3.99.

The official game application of Clue is available on Google play as well as the Apple store. It has a friendly user interface and easy usage for tyros. You can set up a match or play with AI players for a quick solo fix. The producers have just launched ten new boards under the label, ‘season pass’ to entertain the players amid the pandemic. 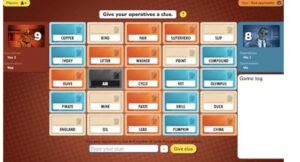 Codename is a board game version of a popular party game in which two teams play against each other to guess words by the end of April. For the rest of the year, the players can access the unofficial and unaffiliated version ‘secret agent adventure’ via a game website, Horsepaste.com.

To enter the game, all you have to do is set a password (an identifier), enable the time and select, ‘GO’. The site generates the word automatically for the team. The team then guesses the word to secure the victory.

The game of life 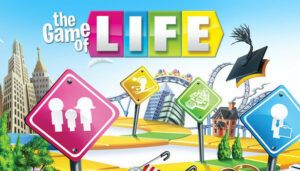 The game of life is all about luck and the chance you get to win, just like in real life. The randomly spun wheel decides the properties, job titles, degrees, and retirement statuses you secure alongside your loved ones. The individual who ends up with the most wealth in the game is the winner.

This gaming app is developed by the same developer of Clue and Monopoly. You can either play alone or with your friends in the basic game option as well as the fast-mode version to reduce the game time. 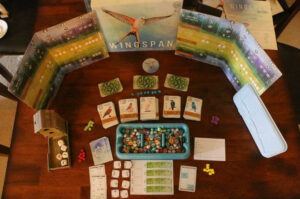 The wingspan is a classic board game with an electric twist. The players become enthusiasts and attract artificial visitors to compete for wildlife preserves. It is one of the best classic online games for kids and has even won a spot on the Smithsonian best board games list.

This game is famous around the world for its unique illustrations, eye-catching premise, and scientific rigor.

The DLCs for this game are created directly by the producer and often cost a small amount of money.

You can only play it if you have access to Tabletop Simulator. 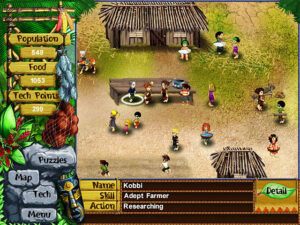 The village is a land and infrastructure-building adventure that pits the players to work on hard-hit regions due to the plague. The players think strategically to settle the community and build the village again from scratch.

However, the game is not as easy as it thinks. The player must only recruit the right people who will bring prosperity to the community while forming lucrative and long-term benefiting production chains. The main task for the players is to build capacity while balancing the food chain. The player with the most prosperous and advanced village wins at the end.

The free version of this game is available on TableTopia. It features more than 900 games and more are on their way and will be launched soon enough.

The pandemic has affected nearly everything including our routine. While we cannot go out for physical games, we can make the most out of amazing yet worth-playing classic board games online. So, what are you waiting for? Grab your devices, invite a friend to one of these games, and see who takes the throne of victory.

How helpful did you find Online Games For Kids? Please remember to leave your thoughts in the comments section below.