Although murder, crime, and mystery board games are not as popular as in the early 1900s, they are still unmatched. When it comes to family bonding and gatherings, no one can beat the fun they provide.

Due to the rise of play stations, smartphones, and consoles, children show less interest in board games. However, parents can convince their children to enjoy the joy and psychological intrigue of slow-moving mystery board games.

While some board games have spooky plots, others involve strategy and are often called deceptive games. Whether you are planning a family gathering or a show for Halloween night, the mystery board games mentioned below offer something for everyone.

A Modern Crime Board Game- Detective 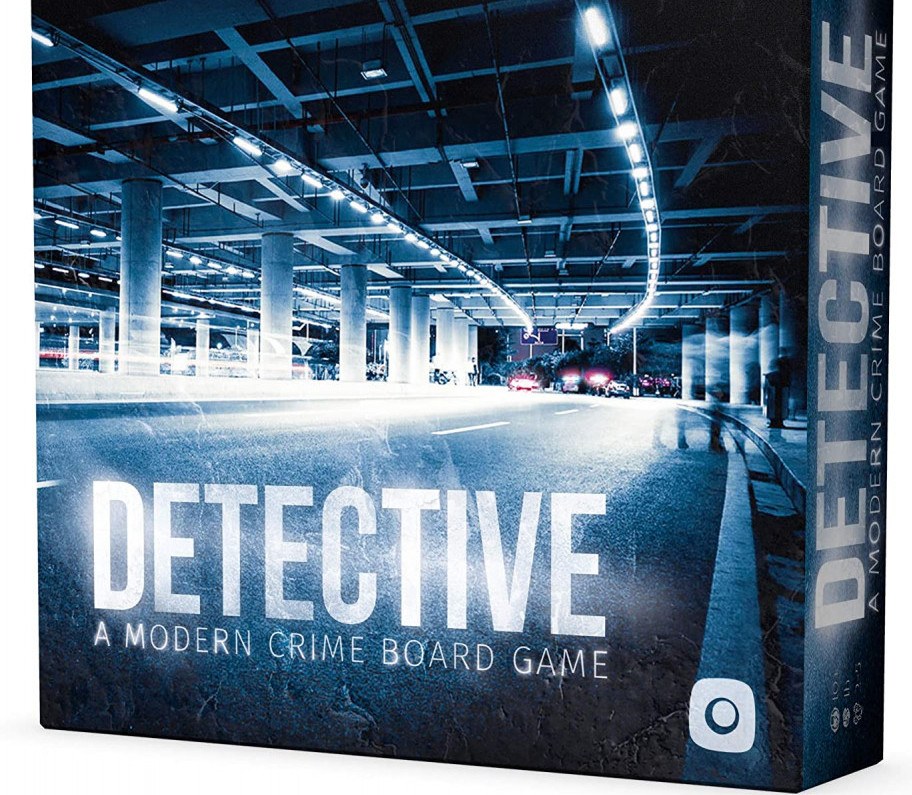 Detective offers a full game night
experience. It is an intriguing game of deduction and wits. A single round of detective can last for about 3 hours or more, depending on the number of players. If you are looking for a game that is light on rules, the detective is among the best mystery board games for you. As the game is rules-light, the most powerful tools are your mind, imagination, game play strategy.

As the murder/mystery cases are fictional stories based on true events, you can have access to the data on the internet. However, you will have to navigate through the Antares database. That is the data stored by the department of police, the federal intelligence agencies, the military, and the FBI.

Detective is one of the most intriguing and immersive mystery board games of the modern era. If you feel like finding clues and plotting like a true detective, this game is for you. In addition to that, having access to the crime database provides a fun experience for all the players.

A Cooperative Crime Board Game- Chronicles Of Crime 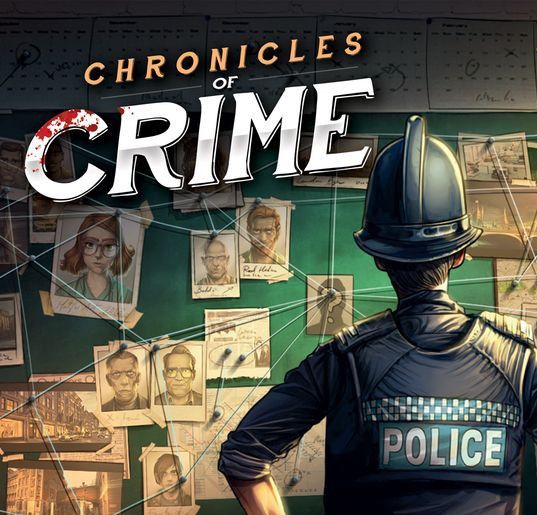 Chronicles of Crime is a cooperative yet fun crime board game with the ultimate VR experience. Players will be able to play with all the physical board components, including items, characters, and locations. While, playing in different locations, they will come across different scenarios. In short, they can solve as many crimes as possible while enjoying the most out of a modern board game.

However, they will have to download the application from the play store. After that, they can select the scenario and location. Furthermore, they must follow the complete story followed by a set of rules. As the name of one of the best mystery board games suggests, the goal of the players is to catch the killer. The first one to chase the killer and close the case among the players will win the round.

The user will trigger different clues and scenarios by using play technology and QR code scan. However, they will have to use each component of the board, that is, items, characters, and locations. You will not have to ship or buy any new components of the game. But you will have to install all the app’s updates to get new stories and scenarios. 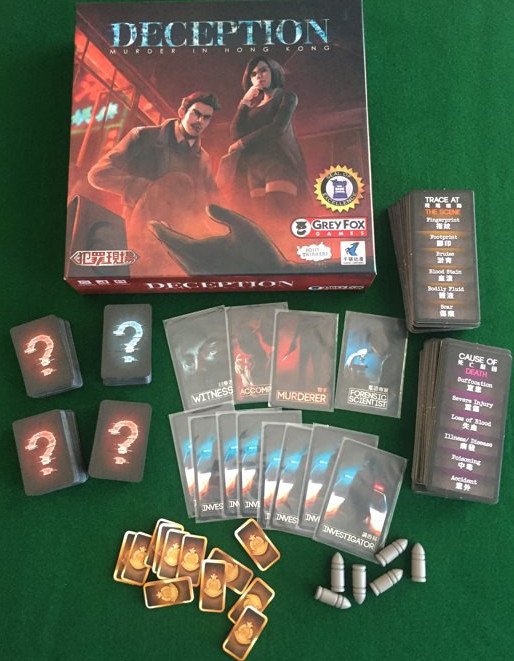 The players of murder in Hong Kong find themselves in a scenario of deduction, deception, and murder. Among all the players, one player is the murder. His part in the play is to hide the weapon and leave the evidence behind.

Another player is a forensic scientist. His part in the play is to analyze the crime scene. They hold the key to convicting the murderer, however, they must express their knowledge at the crime scene. In addition to that, other players play as investigators. Their job is to collect the clues and solve the crime as fast as possible.

Deception is among the most interactive mystery board games. Unlike other mystery board games, it gets on your nerves. Therefore, you keep going after the good guys. However, you can catch the killer if you trust the clues rather than trusting your instincts.

A Classic Board Game- Clue 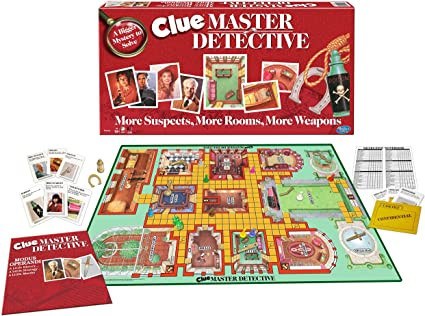 Our list of ‘best mystery board games’ could not be perfect without adding the game of Clue. While there are 6 suspects, only one has attempted a murder. The goal of the game is to find the murderer before he kills another person. In the suspenseful yet intriguing game, one must find the murderer using all the clues. The victim’s name is Mr. Boddy and he lives in a mansion in Tudor.

The players must examine the weapons, rooms, and guests to catch the murderer. Was it the man with the candlestick in the library? Or, the plumber with the wrench? You must eliminate the information throughout the game while finding the answer to whom, where, and with what. The first player to guess right wins the game while others lose.

A Board Game With Riddles- Exit: The House Of Riddles 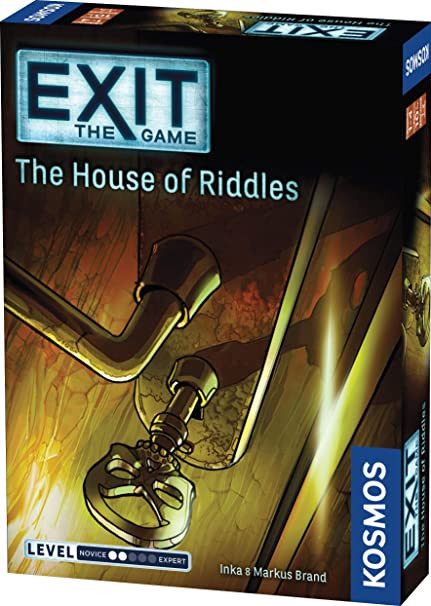 A classic escape game for all the family members. The players must solve all the riddles and puzzles so they can escape from an imaginary room. Moreover, they must crack codes to get out of the room. The storyline of the board game is quite intimidating. The 3 detectives offer you an invitation. However, due to some evil spirit, it leads you to a room of puzzles and riddles.

But when you arrive at the location, the environment is quite abandoned. And with a loud bang, the only door to escape shuts. Hence, you trap yourself and the only way out is to crack codes and solve riddles. You must help yourself, without Mario, Sandra, and Tom and find your way to the outside.

While there are many editions of Exit, the popular one is the House of Riddles. If you feel like trying another edition of Exit, you should try the Stormy flight and the haunted roller coaster. 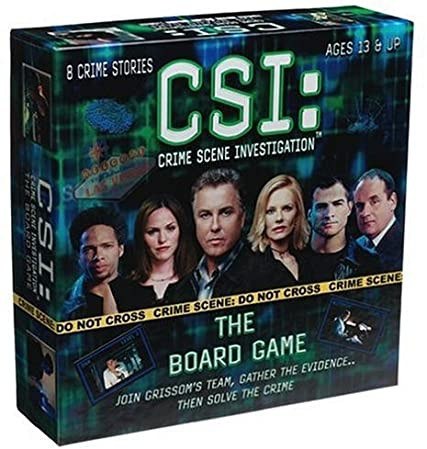 CSI challenges the detective to provide their intelligence. It is designed for children ages 13 and up. Moreover, this board game is based on a popular TV show, the Grissom’s Team. Commence the thrilling game with help of other players disguised as CSI characters. All the players start their investigations to collect 7 pieces of evidence from 7 lab divisions. They must collect evidence from DNA lab, forensics, trace, ballistics, autopsy, interrogation, and identification laboratory.

The first CSI officer to present Grissom with the right arrest warrant wins. However, he must explain the motive as well as the opportunity.

In addition to that, Grissom and disclosure cards affect the gameplay as they deploy old-fashioned and modern police work. The board game set features 8 different stories, all in CSI style. Moreover, it is produced by award-winning crime story writer, Max Haines. 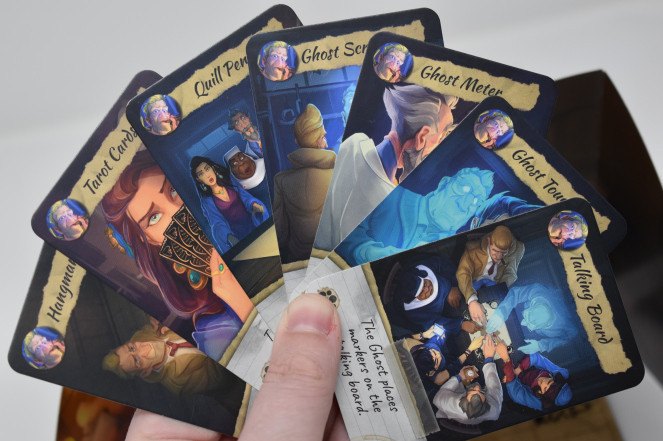 A deduction party game in which you even get to play as a ghost. While other players work as paranormal investigators, one plays as a ghost. All other players, except the ghost, must find out how the victim died a painful death. Each player has a unique paranormal activity. By this, they will communicate with the ghost and ask open-ended questions about the crime.

The ghost answers in a ghostly manner without revealing the name of the murderer. The players get the right answer through tarot cards and hangman knots. By holding the hands of other detectives, you get the answers on a board, in form of a talking puzzle.

As the game begins, the ghost must listen to the full murder story. Each card has details of the case. Each player then gets pre-constructed direction cards, asymmetrical cards, a player screen, and a player investigation sheet.

Each detective has 2 turns to guess the right story. It means he can take 2 turns to ask about the victim, the murder weapon, the victim, and the location of the murder. Then the ghostwrites the number of correct answers. Then, the detective goes on to investigate further. The game ends in 2 different ways.

A Non-Competitive Mystery Board Game- Mysterium 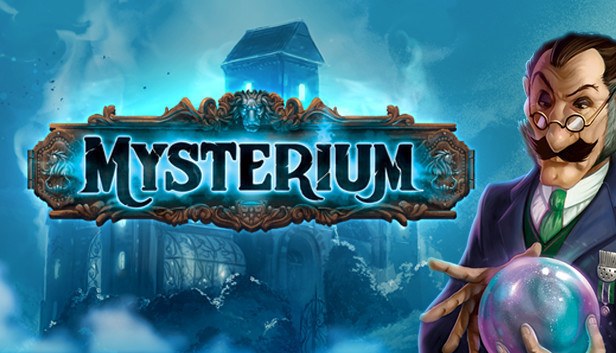 Mysterium is a non-competitive mystery board game. It is unique as it requires every player to work together. The story line begins when someone commits a crime at Warrick Manor. The players, who are ghosts and medium try to find out what happened at the crime scene. Mysterium is a game with deduction and wits. Therefore, it changes every time and depends merely on the number of players.

Each game round takes about 45 minutes to complete. However, the number of players can vary. The more the players, the easier it becomes to solve the crime. But, if you prefer to play with 2 to 3 players, there are special rules you must comply with.

A Fast-Paced Board Game- Scotland Yard 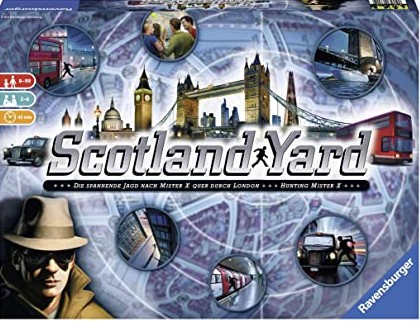 If you are a quick gamer, we suggest you try Scotland Yard. The story takes place in London where Mr. X escapes jail and you must catch him. To catch the criminal, you will have to travel from area to area and find meaningful clues. While it is easy to learn, you must be fast to win and take the trophy home.

As it is a faced-paced board game, there are a total of 13 rounds. Not only will it keep you on the toes but will also jog your memory like never. It might seem a complex game at first, but it becomes easier to play as soon as you get the rules. However, it takes a lot of teamwork and strategy.

An Intriguing Board Game With 200 Cases- 221 B Baker Street 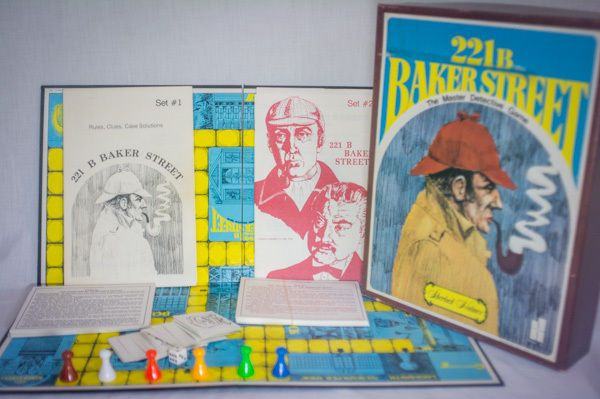 A Sherlock Holmes mystery board game to cheer you up. 221 B Baker street is for all the detectives who can solve 200 cases. Yes, the game comes with 200 cases. Hence, you can play this board game for years to come. You travel all over the city, starting from Victorian London to gather all the clues and solve a crime.

However, some cases require teamwork and a faced-paced strategy. According to the manufacturer, you can play solo. But you must follow a different set of rules. Otherwise, it is best to play with 5 other players.

221B Baker street is a semi-cooperative game and is a good resource of entertainment at family gatherings. Yet, some testers find it a little too competitive.

Board games are still a ‘hit’ for people who prefer playing physical team games rather than mobile games. Instead of binge-watching on Netflix, why not invest in a mystery board game for something different? You can invite your friends over or play the game on your own. All you need is the will to use your mind and imagination.

I hope you found this article on Top Mystery Board Games of 2021 informative! Kindly share your thoughts and what mystery board games you enjoy in the comment section below.