We all have played board games in our childhood with our friends and family. Our favorite board games turned into movies are always a pleasure. Especially if you have special memories from them.

The nostalgia of watching some of your favorite board game movies takes us to the simpler times – when as kids we were carefree.

The board-based movies allow us to return to a place of years before. Moreover, witnessing childhood board games turned into movies allows us to escape reality and return to our childhood.

Yet, not all board game movies bring back good memories. While some bring happy moments, some bring back sad moments. What is worthy about board games turned into movies is that they take us to simpler times.

Best Board Games Turned Into Movies

Although it is always exciting to see board game-based movies with your adult friends and family, as they are full of suspense, thrill, and mystery.

Witnessing the characters of board games coming to life and hitting the theaters is a phenomenal feeling.

Here are some of the best board games turned into movies. Keep reading on and spot your favorite board game-based movie:

I have one sentence for the first on my list – one of the most timeless board games turned into a movie. All individuals from every generation can relate to this board game. The history of Monopoly goes back to the early 1930s.

The game, Monopoly, was inspired by a ritual game, ‘The Landlord’s Game’. But, few people know about it. Moreover, the original game was created by Elizabeth Maggie. She used to teach all the players about the centralization of land and Georgism by private yet fraudulent monopolies.

Monopoly has changed dramatically style over the past few decades. Moreover, it has become a licensed game that has hundreds of special editions.

In the past decade, Universal Pictures announced a film version of the game monopoly in collaboration with Hasbro. The work for the picture started in 2008. But, the production of the film was halted in 2012.

The film rights of the unfinished movie were passed to several production companies until 2018. Yet, Allspark Pictures took the opportunity in January 2019 and announced the production of the movie with Kevin Hart.

So, all Monopoly fans, including me can brace for and get excited about the movie release soon. 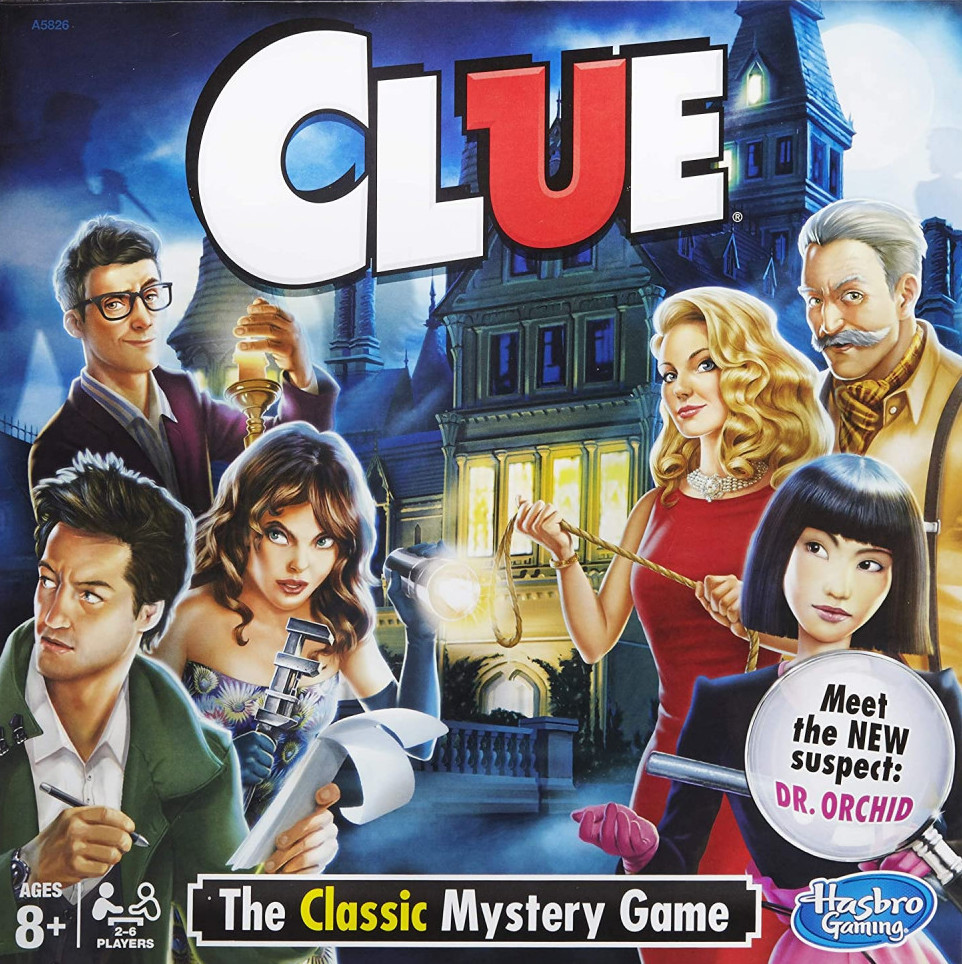 Don’t we all love detective board games turned into movies? The timeless detective board game, Clue dates back to the late 1940s. All the players in the board game try to figure out who is the murderer. Furthermore, they also have to guess the right weapon and the room in which the victim was killed.

After 30 years of the game, a production company decided to create a mystery comedy film. Although the movie is a little outdated because it was released in the 1980s, it is still thrilling. It is a must-watch for anyone who loves Clue and always gets the answer right!

The beauty of board games turned into movies is they take you to the old days. We all used to spend hours playing with our family and friends without drinking or eating. The odd hours of game nights were the best, for me, at least.

Hence, this board game has remained a staple in the game industry. Some things never die, like the fame of the classic Clue. 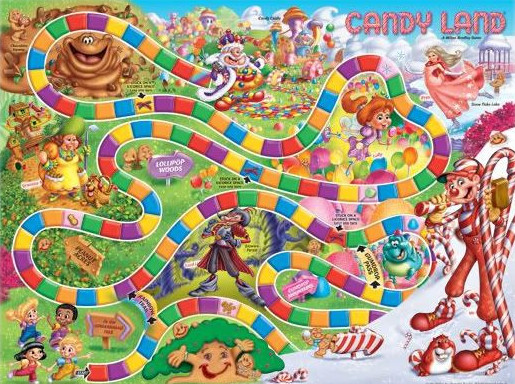 Candyland is a fun board game every kid loves to play, isn’t it? It is one of the best board games turned into movies because it requires no skills to play. Yet, it involves a series of cards to win the race from your opponent.

As of 2021, Candyland is still a star-performing gift for kids. What can go wrong with a land full of candies?

Candyland is fun yet old game that dates back to 1948. It has been updated so many times the real version seems very different from what we see now. Yet, the concept has always been the same from the beginning.

In 2005, a renowned production company released the movie Candyland the Great Lollipop Adventure. Yet, it is not that fun to watch if you are an adult. But it is perfect for young children. In fact, it is one of the best board games turned into a movie you can pass on to your children.

The movie and the board game itself, have everything to make your kid happy. And, it will also bring back the feeling of nostalgia. 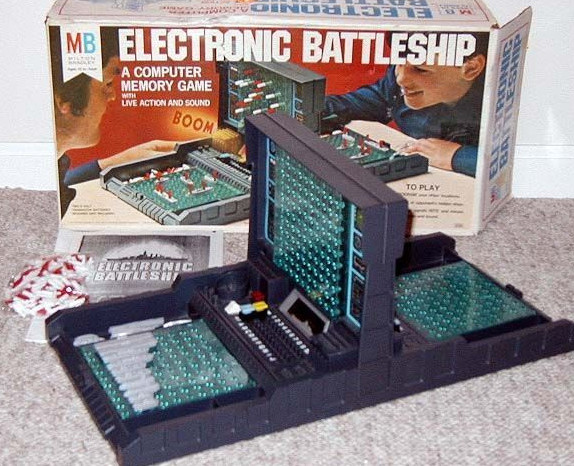 If your parents have not exposed you to the classic board game, Battleship, it is where you should start. Two players stand against each other to compete and win. The game entails firing at your opponent pieces to sink their ships.

Although the movie was not a hit, it took everyone by surprise. The movie had an interesting spin in the plot. Aliens showed up during the battle.

It is quite interesting to watch, especially if you have played the board game. Yet, it is a little far-flung from reality. The over-the-top concept of the movie will have you laughing non-stop. It is one of the movies you love to watch but will not understand why. 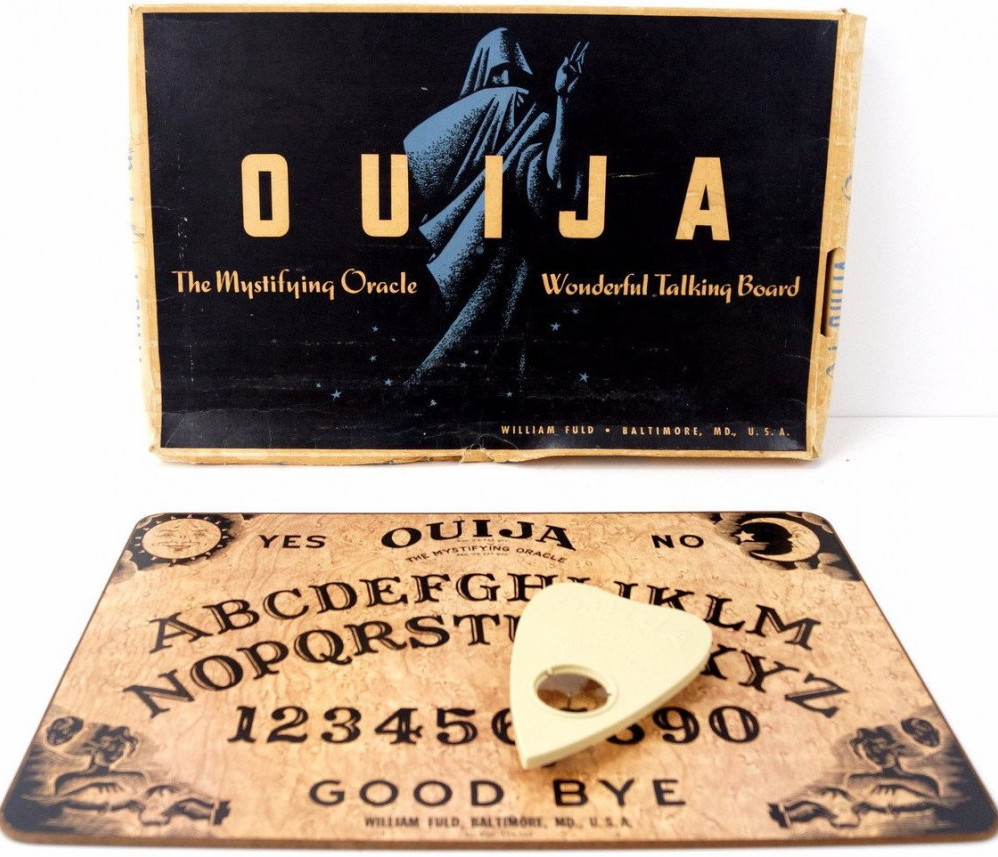 I had to add a scary board-based movie to the list. And, nothing is scarier than Ouija. Ouija is not a board game. But, many people sit and play attempting to connect with good spirits from the spirit world. The intentions of people to be evil has carried the legacy of the board game, Ouija.

The movie, Ouija is definitely thrilling and scary movie based on the same rules. The movie version of the board game was released in 2014. It tells the story of a girl who encounters a spirit by playing with the Ouija board.

Moreover, she uses the board to connect with her deceased best friend. Yet, she connects with the worst spirit in the world.

The scenes will shock you. So, have someone to grab onto with you whenever you watch Ouija! 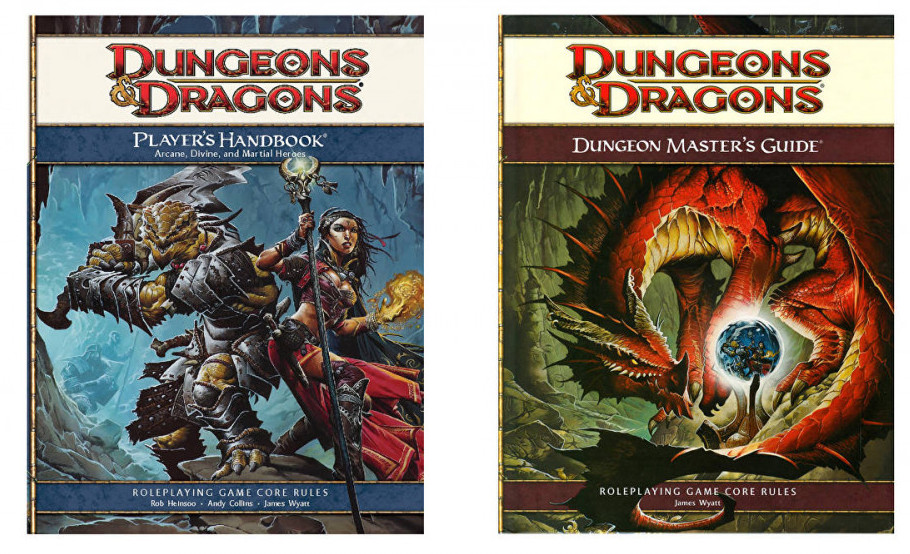 The ensemble cast of the movie includes Jeremy Irons and Marlon Wayans. Yet, nothing has saved the film from becoming a major disappointment. The fans of the board game, Dungeons and Dragons were very disappointed with the movie plot.

It was panned for its cheap-looking special effects. After some time, the production company released a DVD sequel. But, it received similar reactions from the fans.

TIE: Under The Boardwalk: The Monopoly Story

The business-themed board game, Monopoly is a titan and one of the biggest hits in the toy industry. Under the Boardwalk is actually a documentary about Monopoly. The documentary has no spins or twists. It aims to cover several stories that had been circulating about Monopoly for decades.

The board game has a competitive side that drives players crazy. The interviews recorded for the documentary focus on U.S. state-level champions of the board game.

Mike Flanagan, the horror maestro decided to improve the first sequel of Ouija by releasing the Origin of Evil. It is more engaging and haunting. Moreover, it leaves the viewers breathless. The origin of Evil takes us back to 1967.

It involves a focus on a widowed mother with two lovely and adorable daughters. That is where the scary part begins. The daughter runs a scary business of communicating with spirits. Furthermore, they scam people with a Ouija board.

The two girls were not aware of the supernatural power that their Ouija board possessed. Yet, a creepy encounter from an evil spirit alarms the entire family, including the mother.

At the interval, the elder daughter tries to summon the spirit of her deceased father. But she unleashes a few tormented souls which have a deep connection with the house they live in.

The execution and storyline hooked viewers, even though the plot played with different fears and horrors. 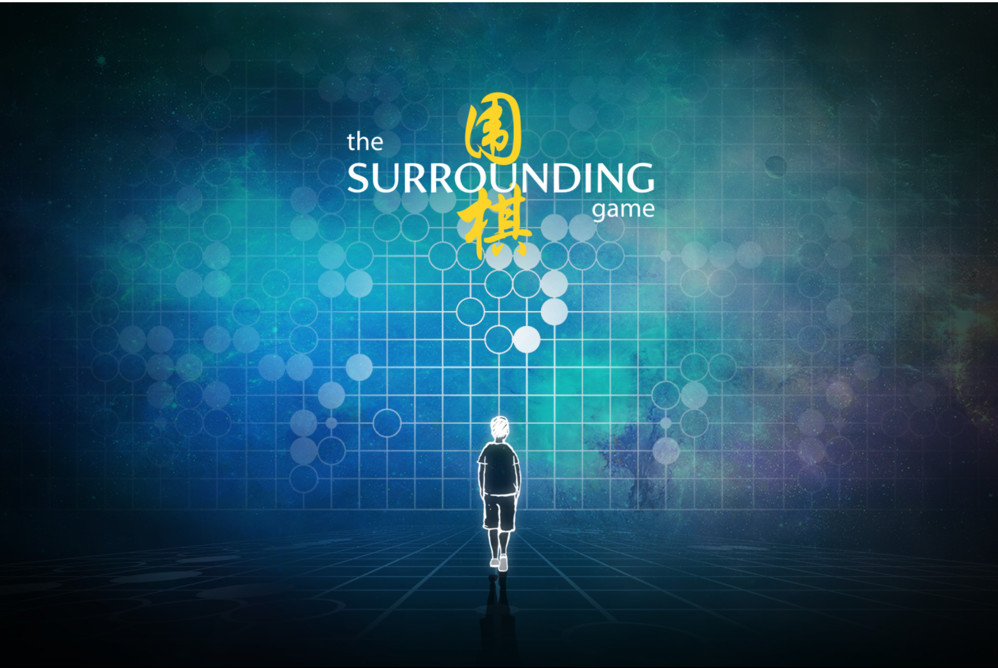 Go is a complex yet strategic board game only a few people know how to play. Yet, it is popular and played across the globe. The Go board game originated from China and is generally played with two people.

Moreover, there is an International Go Federation that handles competitions across the globe. Most of the champions and players of the Go board game hail and emerge from East Asian countries. 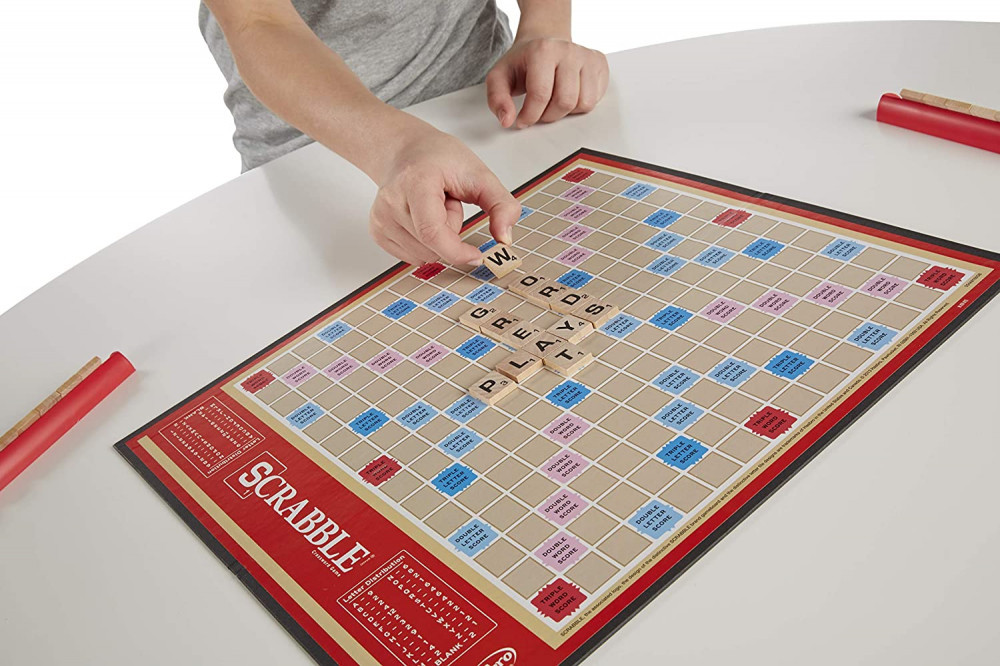 The word board game, Scrabble has remained at the top for decades. Besides, it is one of the favorite board games of grown-ups and children. It strengthens your strategic skills and also improves your vocabulary.

Word Wars is based on Scrabble and is an Emmy-nominated documentary. Furthermore, it is directed by a Scrabble tournament player and winner, Eric Chaykin.

The documentary explores the aspirations and practice of four scrabble players for 9 months as they prepare for the National Scrabble competition. And, let me tell you, this Scrabble tournament is one of the largest competitions of its kind in North America.

Although there are many documentaries available on Scrabble, Word Wars beats all. It tends to be the most engaging yet realistic documentary. Moreover, it adds a special human element to the player’s tournament journey. Rather than interpreting the history and strategies of the game, it focuses on the champions of Scrabble. 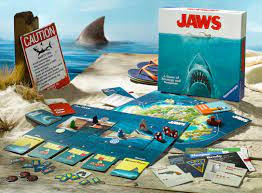 The board game, Jaws, involves hunting the enormous great white shark while surviving its deadly attacks. You have to eat the other players or get eaten in the game. One of the players becomes a murderous shark while others are disguised as shark hunters.

The board game is set on Amity Island and includes two phases. The shark eats the flesh of people swimming in the water in the first phase. Meanwhile, the players try to track the deadly beast. They start their hunt for the shark while avoiding becoming a yummy buffet for the creature.

The second phase involves the bloody finale of the board game. All the players get into the sinking ship and fight for their lives in the deep water.

The shark can win by chomping down other players on the board. Yet, it wipes out all the chances of the opponent players.

The movie is quite frightening and not for the light-hearted. The deep waters and the sharp teeth of the great white shark will definitely leave you unable to sleep that night. 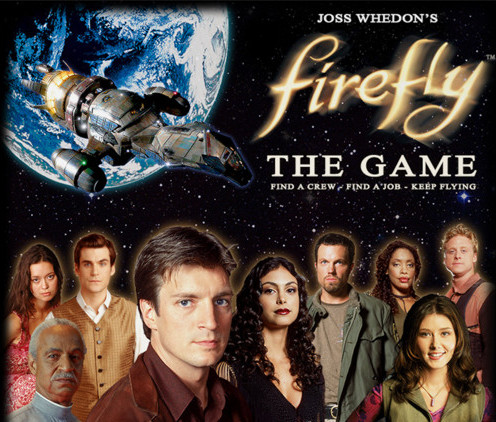 In the Firefly board game, you have to play the character of Browncoat and seek freedom in the wild west. The cult western-themed movie involves a few Browncoats fighting for their freedom. The movie adaption captures much of the high spirit of the board game.

Like the movie, you have to drag the contraband cargo across the universe with untrained mates as team members.

You gather a crew and start the journey from the ship. Not all team members can go aboard. So, you have to make a tough choice to win the game.

Some might get you in trouble while others might put you at risk of the man in the Universe, the Alliance. You have to avoid the Alliance ships while you do upgrades on your ship. Whoever completes the requirements of the game, wins.

The fun of playing board games comes in balancing different abilities and strategies. But, you can watch your favorite board-based movie without any pressure or having to think about strategies.

21
Board Games Turned Into Movies

8 Replies to “Best Board Games Turned Into Movies”